Day 2: Melbourne to Sale by Train

Wonderful to relate the child (Samuel) rose at 6.30 a.m. (what would D. think). After breakfast, he caught the train leaving for Sale at 7.55 a.m. The occupants of the apartment this morning are more cheerful in spite of the heavy rain, which is still falling. By the looks and talks of two of the occupants the child believes that they are of the same profession (lawyer) as himself. He can tell the breed anywhere. They leave at Berwick. Alex. Miller, formerly a leading draper at the Pivot is on the train. The child feels quite old when he recollects that ten years have passed since he travelled on this line to spend Easter at Traralgon then he wrote the names of the stations on a sheet of paper but now he sees them all at once in a Railway Guide and also passes an hour in attempting to reconcile its many contradictions relating to the boat and coach service worked in conjunction with the railway time table to Sale. He finds fault with the nomenclature of many stations through the strange and quaint mixture of names of great men like Garfield and Beaconsfield with those of native import such as Nar Nar Goon and Murrumbeena on the same line. 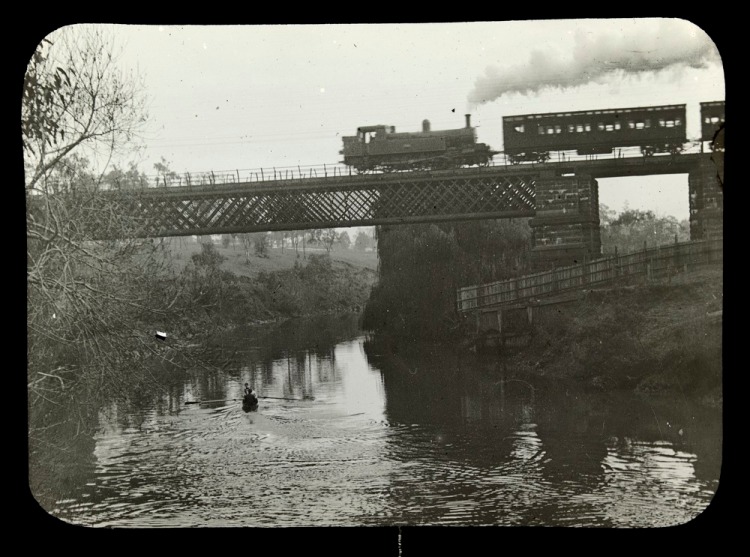 At first, grazing land is passed and then lightly timbered country. An ever annoying matter is the portraits of superb scenery hung in the carriage to be seen on the other lines. The Department do this to make the wayfarer believe that any line is better than the one he is travelling on. Nearing Longwarry, the timber becomes larger and the appearance of long green grass makes one wonder whether it is the end of a long dry summer, although the ravages of the bush fires are plainly evident on the trees.

The beauty spot on the line is passed between Drouin and Warragul where numerous glades are to be seen. The latter town is the largest and best in central Gippsland and is particularly noted for the fact of the younger child (here-in after known as the boy) spending 18 months there. As the Guide Book points out that Warragul is a refreshment station the child has lunch on the grounds of humanity, that if someone does not eat there the place would have to be closed and the waitresses would be thrown out of employment. The child here telegraphs to the boy “I am on the way”. 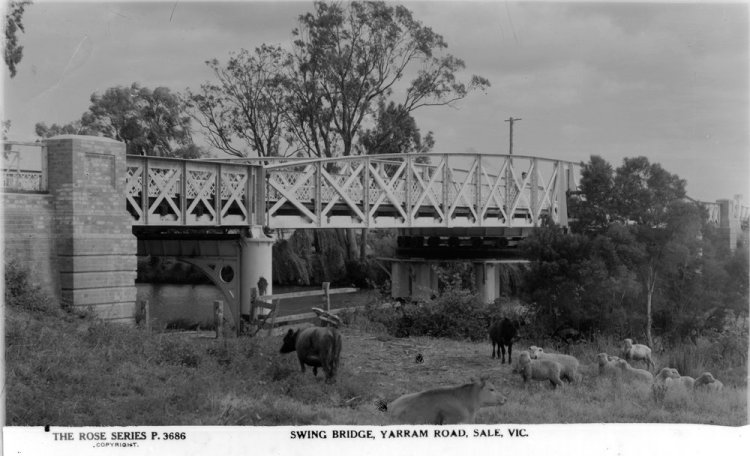 On reaching Traralgon the memories of a former visit crowd out from a corner of his brain and he notices trees on which he killed native cats and opossums. The township seems to have improved somewhat. The coal country is now entered on and the townships of Moe and Morwell are viewed with interest. In the neighbourhood of Morwell is the largest known deposit of brown coal. Then grazing country as is shown in the picture is quickly traversed until Sale is reached at 1.30 p.m. It was a disappointment on account of its small size and flat uninteresting appearance.

There is a friend here waiting to show the child his way to a cab which soon bears him away to the banks of the canal where the steamer ‘Omeo’, about the size of a Ballarat Lake steamer, is berthed. On the step of the cab he sees a smart urchin who turns out to be an old acquaintance named Lucy, formerly an habitue of the Eastern Market. The boat quickly pulls off with its dozen passengers and the child meditates whether he will put himself in the care of a yellow haired girl who has travelled in the same train and cab or a young waitress but as it is two o’clock and the pangs of hunger are strong, he decides on the cupboard love and inquires from her whether food is obtainable but is told that he must wait till five o’clock for hot lunch. After much persuasion she saves him from starvation with a cup of tea and a light lunch and thereafter he gives himself up to watching the ever varying scenes of water and landscape as the boat speeds on at the rate of 10 miles per hour. 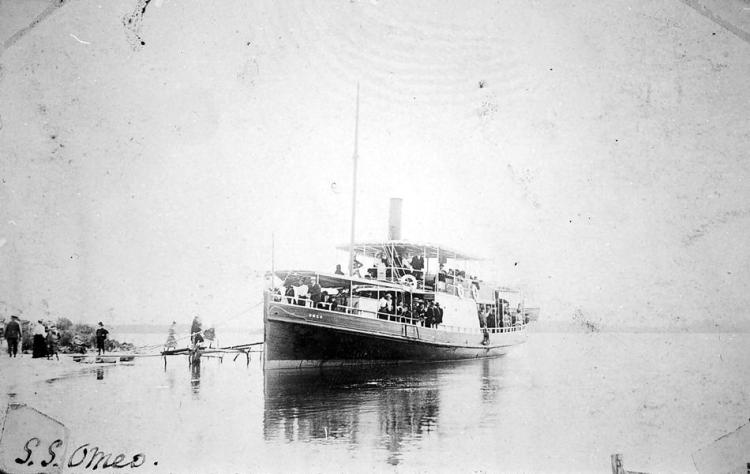 Returning to Trove, a search finds The Victorian tourist’s railway guide dated 1892 which could be similar to the one mentioned above and has plates and maps but is not available online. Further hunting will be required to unearth an older map of the line from Melbourne to Sale, Victoria. Trove has many maps of the Victorian Railways but none specifically for the line to Sale, available online. The map above is courtesy of Wikimedia.  Another search on Trove for photos locates the Steam Train crossing the Yarra River at the State Library of Victoria along with the cows by the Swing Bridge at Sale, Victoria. There are several photos on Trove of the S.S. Omeo, the one above is at Lakes Entrance, Victoria  and is from the Museum of Victoria. Co-operation is the key as a variety of public institutions allow parts of their collections to be made available online through Trove, to our great benefit.