William Swann and his family are rather interesting. William Swann was born near Bradford in England and arrived in Sydney in 1864 after spending nearly four years at sea before he explored outback NSW and worked along the Australian coast. William did not find gold and began teaching in 1876 and continued until his retirement as headmaster of Parramatta North School, in 1906. In 1903, William Swann purchased Elizabeth Farm and endeavoured to restore the former home of John & Elizabeth Macarthur which was built in 1793 and is the oldest surviving building in Australia. William’s wife Elizabeth Swann (nee Devlin) was born on the Sofala goldfields in 1854 where her father was a storekeeper and when she died in 1940 was described as ‘a typical pioneer, and had that independence of mind and resourcefulness which characterise the Australian of the outback’.

Seven of William and Elizabeth Swann’s daughters lived at Elizabeth Farm until it was sold in 1968 and many were school teachers or music teachers and social activists. Isabel Longford was the only daughter to marry and was one of the first dentists, who was first registered in 1902.

I recently visited Elizabeth Farm to see what they had about the Swann family. Unfortunately, most traces of the family were removed after the property was sold but there are photos of them on the Elizabeth Farm website and in an excellent audio visual presentation that you can take around the property as you view each room. It is a living museum so you are encouraged to use the furniture and soak up the atmosphere. Sadly, there weren’t many other photos available online so I include the photos I took on the day.

If you have any photos or other information on the Swann’s that could be used, that would be great. There are a few books on the Swann family but otherwise they are generally overwhelmed by the Macarthurs, although it was the Swann’s who saved Elizabeth Farm for posterity. What a pity they don’t have a replica of Grannie Brown’s quilt. 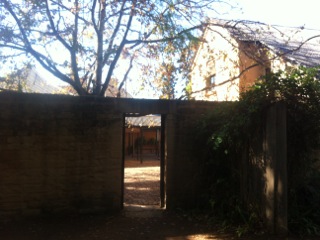 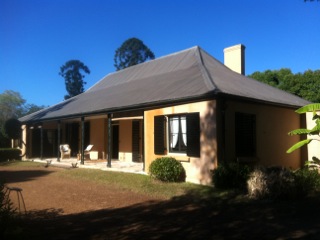 2 thoughts on “From Bowning to Elizabeth Farm, Parramatta NSW”