If you’ve ever driven along the Great Western Highway through the Blue Mountains you have passed the Evans Survey Markers installed as part of the Footsteps in Time Bicentenary Project in 1988 & recently restored. There are fifteen, mostly unseen pillars or obelisks that re-mark the original 1813-14 survey by surveyor, George Evans who followed close behind the explorers Blaxland, Lawson & Wentworth & their 1813 Blue Mountains Crossing. In July, 1814 a party of men led by William Cox commenced building the road from Daniel Woodriff’s farm at Penrith to Bathurst. Governor Macquarie travelled to Bathurst on the new 100 mile long road in April 1815. A memorial marks the location of the farm, near the Log Cabin site by the Nepean River Bridge at Penrith & there’s a cairn at Bathurst as well as Springwood & Blackheath to mark where Governor Macquarie visited. Bathurst also has a large memorial & statue to George Evans.

Have you been here at Penrith? 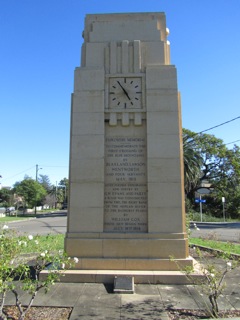 If so you may also have seen the cairn at Blaxland’s farm in Luddenham which was the starting point for the explorers in 1813. A new ‘Green Bridge’ is soon to be built here in Penrith at the Log Cabin site to accommodate the pedestrian traffic currently using the road bridge. Hopefully, they will make the most of the opportunity to celebrate the achievements of these early trail blazers.

Meanwhile, I was determined to discover how many markers there were & their locations. No-one knew where they were so I managed to stumble upon 6 in the obvious spots but it took ages. They are all like the one here at Mt York with details of the Latitude & Longitude, George Evans, The Footsteps in Time Pillars & their unveiling. With the help of Glenbrook Visitor’s Information Centre, The Blue Mountains Crossing Bicentenary, The Royal Australian Historical Society & especially Graham Hunt of  The Institute of Surveyors NSW, who knew all about the 15 pillars & their locations. I eventually found them all & many of them are right by the current highway so we really are following in their footsteps too. Of course, I had to spend a couple of days looking but it was so much easier with some help. Soon, I’ll make a map to give you clues to Evans Survey Pillar Hide & Seek or you can e-mail me or stop at Glenbrook Visitors Centre & ask for the full list. The good news is that while your looking, be sure to stop at some of the great eating spots available along the way. Glenbrook -Cafe 2773. Springwood -The Ori Cafe. Wentworth Falls -Blue Mist Cafe. Blackheath -Bakehouse on Wentworth.  Mt Victoria -Petalura. At Medlow Bath check out the renovations to the Hydro Majestic, even though there’s no pillar there. It’s still closed.

There’s memorials & monuments everywhere when you look! It would be great to have a new Evans Survey pillar at Penrith as part of the proposed ‘Green Bridge’ project to link the Explorers Crossing of both the Nepean River & the Blue Mountains to the Great River Walk at Penrith. See if you can find the pillars at Emu Plains, Lapstone, Glenbrook, Blaxland, Warrimoo, Springwood, Faulconbridge, Hazelbrook, Lawson, Wentworth Falls, Wentworth Falls Lake, Katoomba, Blackheath, before Mt Victoria & at Mt York.           Good Luck! 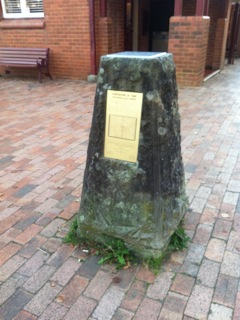