In Search of John F. O’Reilly 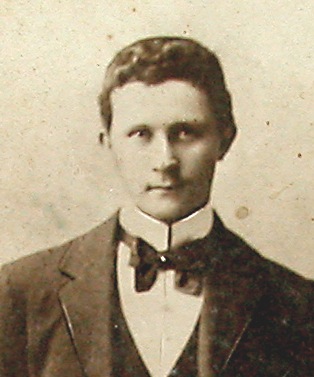 Now there are only the cemeteries for three of John & Ellen O’Reilly’s thirteen children left to find. Mary Ellen Walshe was buried at Eastern Suburbs Memorial Park in 1969 & the youngest child, Lilian Kelly was cremated there in 1987. That leaves only John, the eldest surviving son to find, but he is extremely elusive. The few scant details the family have of him don’t help much.

The Ryerson Index lists both a death & funeral notice for John O’Reilly in January, 1907. It shows the Surname, Given Names, Notice Type, Date, Type, Age, Other Details, the name of the Publication and the date it was published. Hooray!

A search on Trove finds the Death Notice which reads as follows & tells us there are still family in Ireland & America but does not list his children or even spell his surname the same.

O’RIELLY-The Friends of the late Mr. JOHN O’RIELLY are kindly invited to attend the Funeral; to leave his late residence No. 97 Crystal Street, Petersham THIS MONDAY at 2.15 sharp for R.C. Cemetery, Rookwood via Petersham station.

Ellen O’Reilly is not listed in the Ryerson Index but a search of Trove around the date of her death from the cemetery records locate both a funeral and death notice on 20 April, 1933 and best of all, there’s a list of the children including John, who was known as Jack.

O’REILLY -The Relatives and Friends of the late ELLEN O’REILLY are kindly invited to attend her Funeral to leave St Thomas’ Church Lewisham THIS (Thursday) MORNING at 9.45 for Catholic Cemetery Rookwood (old ground) Motor Funeral by road.

Back to the NSW Birth, Deaths & Marriages. There is only one possible John Rielly born in NSW in 1881 to a John & Ellen Rielly in Sydney but without the actual certificate it may not be the right John O’Reilly. However, J. F. O’Reilly is the informant on his father, John’s 1907 death certificate & is also living with him at the same address in Crystal St, Petersham. He is aged 25, so born about 1881-82 so we get the certificate & it has the right parents. In 1933, John is still alive when Ellen dies but he is not the informant. A search of the NSW Births, Deaths & Marriages does not help with such a common name for deaths but although there are plenty of marriages to choose from, there is one at Petersham so we take the plunge and order the certificate and are duly rewarded with John & Ellen as parents and Catherine Maude Wormersley as John Francis Benedict O’Reilly’s wife. Where to now?